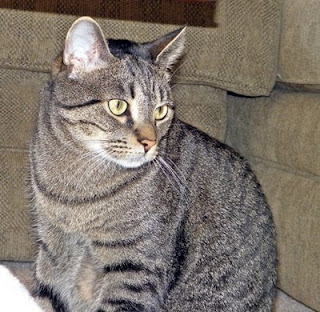 We still do not have internet service so we may not be able to comment. Dad went to a wireless hotspot to get our post up.

Oh my, we did not have a very productive weekend before Christmas. Nope. All the non-productivity was thanks to the very special Duke Power and AT&T, the hallmarks of non-customer service in the South.

First we lost power Saturday afternoon, which means that our router goes off and so does our internet. Without power not much works, like the furnace. Since it has been unusually cold in the South it was starting to get a bit cool in the house. Duke Power could care less. If the wind blows the wrong was our power goes out. Finally after about 4 hours the power came back on. But our phone wasn’t working. Neither, obviously, did the high speed DSL. High Speed, try no speed. Then an hour later the phone started working but the DSL service was down. Talk about lack of service, after getting through all the prompts they said there was a network outage in our area, and the automated system hung up. Now that’s service. Finally after several more hours the DSL came back on.

Finally, all is well, right? Wrong! The power went out again Saturday night and the whole “ain’t nothing working “ started all over again. Finally, late Saturday night the power came back on. The phone quit working again and so goes the DSL service. Well, the phone came back and so did the DSL, but only for a little while and it went bye-bye again.

Unfortunately we don’t have a choice when it comes to the power company but we’ve got lots of choices for phone and internet so sometime after the new year, sooner than later, we’ll be putting AT&T in our litter box and covering them up once and for all.

That was our interesting, cold and frustrating weekend. I know yours had to be better. Just remember, adopt cats, we deserve it!!! Purrrrr! Zip! Later!

We hope you find better service providers for your phone and internet very soon, and that your power stays ON!

Yep – them companies will make you nuts. We lost our cable and internet this summer when the water guys cut the sidewalk and cut our line….nothing for 5 days and the cable company acted like it was OUR fault. After a few well placed threats by mom, they finally got it fixed, but didn't seem very sorry. We hope the warms come back in the house and the interwebs stay up!

We hate when the power goes out!! And we aren't too fond of AT&T either…we put them in our litter box a long time ago!!

Oh dear. What's a kitty to do with no heat? Let alone no internet! Hope it's all straightened out and that you can find a more friendly and helpful service provider!

AT&T don't sound like they need any business acting as they do. We hope your power doesn't go off
again – it's something you need like a hole in the head!

We have Cablevision's 3-pack phone, tv, and internet and surprisingly haven't have many problems. Every time the wind blows here, our hot water heater goes out and Pop has to re-light it. Hope you are all up to speed soon. xoxo

Hello Brian….I can relate to your situation…computers and phones are a pain but thank goodness you and your siblings have warm winter coats on to keep you toasty until the heat turns on again!

Poor brian… I feel your pain… But you and your sisters are lucky to have your fur coats. Your humans are not so lucky. There is nothing worse than loosing power. Where I live, since we are so close to the ocean, we have to have battery backups for our sump pumps too. If not, we also flood!

We hate having trouble like that. Our power tends to go out easily too–part of were we live. Ah well. Stay warm and dry!

That was not a happy weekend, unless you got lots of snuggles with your people!

Oh sweet Brian, Zoe, Dolly, Sascha and Gracie!!! Me and Charlie feel your frustrations!!! Here's hoping this week will be better!!! We are sending you all tons of purrs and hugs! Take care
x

Good grief. We are so sorry. Nothing like everything going out. We are stuck with AEP here for electricity…it hasn't gone out this year yet. We had att one time years ago and got rid of them because the bills kept going up without an explanation. We got Cox and you know the trouble there. We sure hope everything starts working for you. It is very distressing and hard work to get these companies to actually do their job and it shouldn't be that way. Prayers coming your way that everything starts working and stays up and working. Lots of… Read more »

We hate AT&T too. That is awful that it kept disappearing. Glad that you at least got your electric back. Hope it all gets straight for you soon. Take care.

Oh man! That sucks! There is a reason why I live in the land of zero weather…

Oh Brian, we feel so bad for you and your fambly! No power is awful. And no innernets is WORSE!

Let's hope it's over and done with.

Thanks for answering our question…Mommy really wants a phone with the web on it that is EASY. Droid sounds like it might do!

It's so frustrating when nothing works! Electricity, Internet, everything shuts off . . . I hope this week is better for you!

I feel so bad for you! I missed you today!

Look how dependent we have become on technology and all and it throws our world off when it is malfunctioning or not working.
I am most concerned about your heat. I pray everything stabilizes so you do not have to be cold!

My human cannot live without internet (being online for one reason or another is pretty much her job), so she has backups like you would not believe. She has a DSL line here, her boyfriend has DSL with a different company (actually AT&T… which he is not fond of!), and she also has Verizon broadband for when she is on the road or when the DSL here goes out. PLUS she knows the location of a bunch of places – restaurants, coffee houses and hotels – nearby that have free wifi! All this makes me glad I'm a cat, and… Read more »

How very frustrating! We hate having power trouble! And then for AT&T to be even worse….well we don't blame you for getting ready to leave them. Meowm left Comcast cause shew as tired of their crappy service.

Yow! No power and no internet= no fun! We hope you get things sorted, Brian. Stay warm!

Oh no…I hope things turn around for you.

Sounds like things have become very discombobulated at your house Brian! Well, things can only get better from here on in ~ right?

I hope the rest of your Christmas week goes better!
xo Catherine

AT&T is already in our litter box for a long time, but we have no choice and it is what it is.
Hope you cover AT&T up real good, and kick some sand in their face!
–JB

Oh my, I know the frustrains well. We also have Duke power, but unfortunatly, not the "old Duke Rate".
My internet seems to base it's reliability on how important it is for me to do my homework.
Best of luck,
Kat

Wow, Brian, that is bad news at your house! We are glad all our stuff comes from buried wires an never hardly stops werkin!!!

We do often hear on the TV that counties near us are all out of elevtricity an innernets cause of trees fallin of wires.

If we knew who decided decades ago to put all OUR wires unnerground, we would give him our best mousie toy! And some Nip!

Brian, I'm glad you and your sisters have nice fur coats. I hope your power stays on after it comes back on. I despise AT&T and another one who is dishonest to say the least. I use T-Mobile cell and the web connect stick, very happy with them. Cuddle up together and share body heat with your human.

Still have paws crossed and are hopeful for a Moosie Christmas miracle. Hope your weather warms up and that your utilities become more reliable sooner rather than later…how frustrating!

If you can..Please stop by my blog on Tues. and Wed. to help me celebrate my 2000 post and my 6th Barkday! I am having a comment-a-thon to benefit canine cancer research and would love for you to leave me a lot of comments. Spread the word!

Aw, we feels your pain, Brian! It's sooooo frustrating when things don't work! You just gotta work on that cat-like, Zen-like calm and be a role model for your People.

Man! Sorry you had to go through all that! Mom and I wanted to stop by anyway, & wish you and your family Merry Christmas and Happy New Year!

Oh, wow – sounds like the whole weekend belongs in the litter box! Nothing worse than losing power, including the all-important phone and internet.
Sure hope this week makes up for the weekend!

Oh no… you guys are not having much luck! I'm sending you rumbley purrs of luck that things get better!

Hope your next ISP is capable….. or you'll need TWO litterboxes.