Hello everyone see where I’m sitting?  Remember this as it will be brought up again on Saturday.

Last week, between all of the turmoil of dealing with Sister Kit, the Dad and Sandy, from Kitten Action Team, took another go at the TNR thing.  Sorry, we just didn’t have time for photos this time around.

Just as a recap, the last two times out we trapped the neighbor cat Tiger, who was one of the first ones to go into the trap well over a year ago.  So, neighbor Tiger had been trapped a total of three times now.  Last time out, in addition to Tiger, we also trapped Nick, who is one of our ferals, but he was trapped and fixed a while back.  I think all of the ferals, except Nick, were getting a kick out of this, and they were winning the TNR game.

All this time, we’ve wanted to trap sweet feral Zelda, who has been here a while and has already had two litters of kittens.  Last season we trapped and fixed her kittens, but Zelda would not go in the trap.  The Dad actually saw her leaning up against the trap taking a snoozy one time, but go in it she would not.  Well, last Tuesday Zelda went in the trap.  Success!  We also trapped one of her brother cats.  We were so glad to get Miss Zelda, finally, after too many attempts to count.  The brother was actually in the same trap with Zelda.  That may seem odd, two in one trap, but if you would see them in our backyard, they literally go everywhere together, so when Zelda went in the trap, so did her brother.  His name is TC (talky cat).

Zelda came back home last Friday (her brother came home earlier) and took off for the woods when we released her.  We hadn’t see her at all, until this past Monday morning when she came for breakfast.  She has settled into her regular routine once again.  We are so thankful that sweet girl won’t be a Mama again! 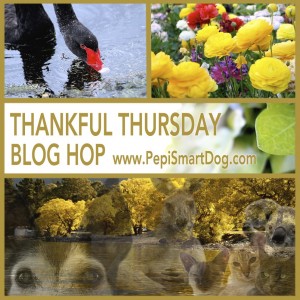 We are so happy for Zelda <3 You look gorgeous, Brian. That's a nice place to chill, isn't it 😉 Pawkisses for a Happy Thankful Thursday 🙂 <3

Woo Hoo!
It is great that you were finally successful 🙂
That will be good for Zelda.

Paws up for a successful TNR – finally! Yay, Zelda (and her bro).

Oh that is such great news. Good job to everyone. We know she will enjoy being child free and be so much more healthy.
We sure send more purrs to Kit too.

BRAVO on finally capturing Zelda! At least she won’t be contributing to the feral cat population again. Congratultions.

Yay!! We are so glad you finally got Zelda – and her brother, too!

Hurrah! Kudos all round that Zelda and brother were caught and altered. Well done!!

Oh what great news and I love reading success stories like this. Tiger makes me smile though. xo

Sounds like a very successful session on TNR, and so very good to know Zelda will be saved from another litter. Hugs and prayers for Sister Kit. purrs ERin

Oh, you did good, very good! I must say, I love the name Zelda. Excellent going with your colony, too. XO

Very glad to hear the news about Zelda!

I am so glad you were able to finally catch Zelda. I am surprised some cats would go back into the trap again and again.

Awesome that you finally caught her indeed. I’m sure Talky Cat wasn’t saying nice things in their with her though.

Purrfect example that patience, IS INDEED a virtue!!! Well done YOU!!

We watched a huge TNR event on Cat From Hell last night.
Amazing how many wonderful volunteers they had
Hugs madi your bfff

Having Zelda finally fixed is a furry good thing to be thankful for and her favorite brother too! <3

Woo hoo we are doing the happy cat dance about Zelda!!!

High Paws for successful trapping of Miss Zelda!!! YAY!! TNR WORKS!! No more kittens. Mom L and I are helping two sets of peeps keep their mom cat with kittens safe until Mom cat can be spayed. Both moms have rescues we work with volunteer to cover the cost. And we have two rescues who will each take one litter (SIX in each) of the cutest kittens! Lots to be thankful for Brian and family

Woofs! that a PAWS Up!!! Lots of to be Thankful for. Godlen Woofs SUGAR

Well, if cats have one thing, it is patience, and your patiently waiting paid off. So happy for Zelda! Nice work!

You TNR news made my day – great job guys:)

Congratulations! Tiger and Nick were probably having a good time being TNR tricksters, but getting the little ex-momma Zelda is huge.
That’s really something to be thankful for.
purrs to Sister Kit and xxoo to all.

Pawesome news about Zelda and her brother!!! We bet she won’t go in that trap again, but it is good to know she came back for some food.

Oh Brian dat’s so wonderful. Ya’ reckon she unnerstands what da traps are and decided she didn’t wanna be a mommy again? We’s just glad she won;t have to worry ’bout kittens again too. And we’s still sendin’ lots of hugs and purrayers to all of ya’.

Paws up for catching Zelda so she won’t have any more kittens. TNR is pawesome.

Gotta love the sweet smell of success! Woot! Zelda (and her brother) will thank you someday for this.

woo hoo! concats on trapping Zelda and TC! when Sharpie and Ditto’s kitty mom was still taking care of them, our mom and her work friends were always catching her in a trap. But as soon as our mom had the kittens, she wouldn’t go in any more 🙂 they had to use a drop trap to get her 🙂 pawsome job by your dad and Sandy. We’re glad Zelda is doing well.

Good work on trapping two at once. No more kittens coming from them. Now, they can have a bit easier life – especially Zelda.

Good job…two for one, and a baby-making mommy at that. XOCK, Lily Olivia, Mauricio, Misty May, Giulietta, Fiona, Astrid, Lisbeth and Calista Jo

PepiSmartDog: great job Brian. Getting 2 kittehs in one trap is a bonus for sure. You are doing such a great job helping the feral pals ans sterilizing them.
Thank you for joining our Thankful Thursday Blog Hop. We always love your posts.
Hope to see you again this week too. Have a great week! *waves paw* :=o)