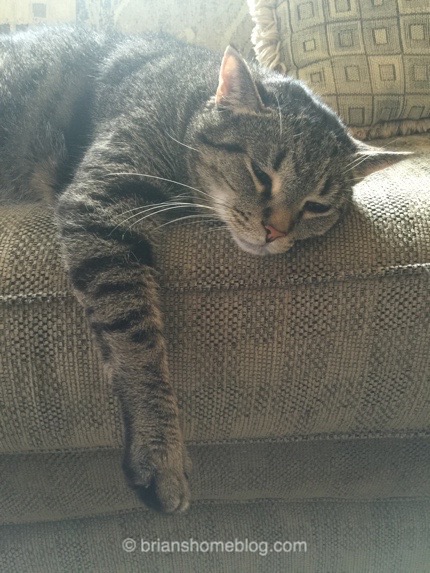 Yes, if you guessed I’m tired you would be right!  There are actually a couple of reasons for that.  First, it’s been so darn hot here, even for us inside kitties.  It’s been in the upper 90s for days and days now.  I can’t imagine what the ferals are dealing with outside.

Speaking of fearls, that’s the second reason I’m tired.  I’ve been watching the kittens outside on the deck.  I know, you’re probably thinking that you saw a post from me where we got four kittens that were hiding under the riding mower.  Yes you did see that, but unfortunately kitten season keeps on giving. 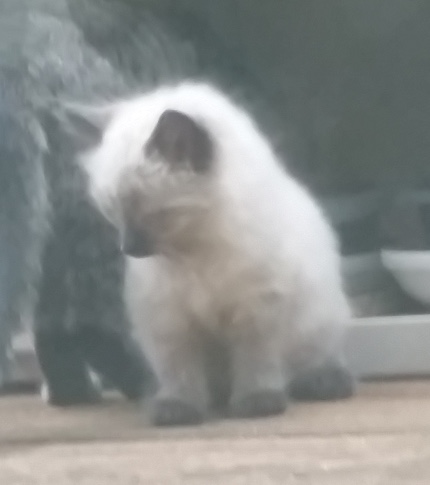 Sorry for such  a blurry photo but this was taken on Dad’s cell phone on super zoom.  But you get the idea. This looks like a seal-point ragdoll kitten and it is uber super cute when you see the real deal.  I posted this photo on Facebook but not all of you saw it. 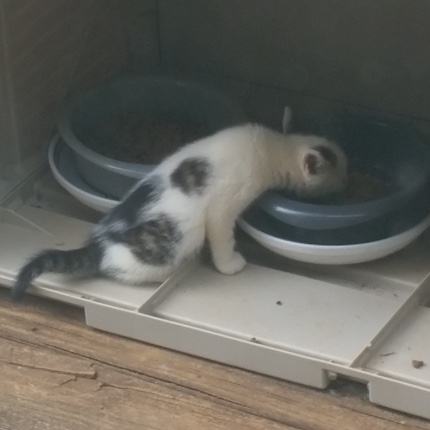 This little black and white one is a super cutie too.  We’re pretty sure, based on this one, that this is Rocky’s original family.  Remember itty bitty Rocky?  He’s doing great by the way.  There are actually two tabby kittens as well, so we have the Momma plus four kittens, plus K5 (kitten five) who showed up right after the original four were trapped and taken to foster care.

So, once again it’s time to try and out think the kittens so we can get these cuties and the Momma some help as well.  Remember, adopt cats, we deserve it!!!!!  More Forever Homes More Often! Purrrrr! Zip! Later!