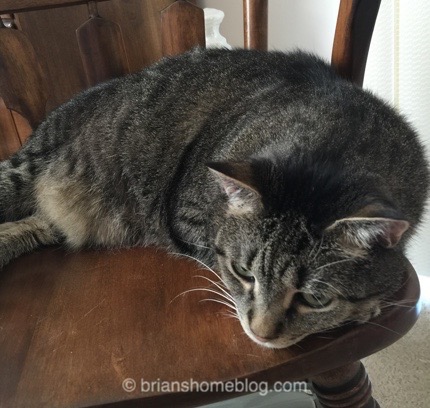 Hello everyone, I hope you had a mighty fine weekend, we did, but it was sure a busy one.  You might remember that, besides wee Rocky, we had four kittens that ended up hanging out with Zelda.  If you missed the beginning of the story you can read it HERE.  Our new friend Julie is a pretty cool kitten catcher.

Anyways, there were four kittens and two were trapped and went to foster care.  That meant there were two remaining.  They were pretty spooked from the first trapping session but Julie was determined to get them to safety.  The big problem was that they were hiding under the covered riding law mower. 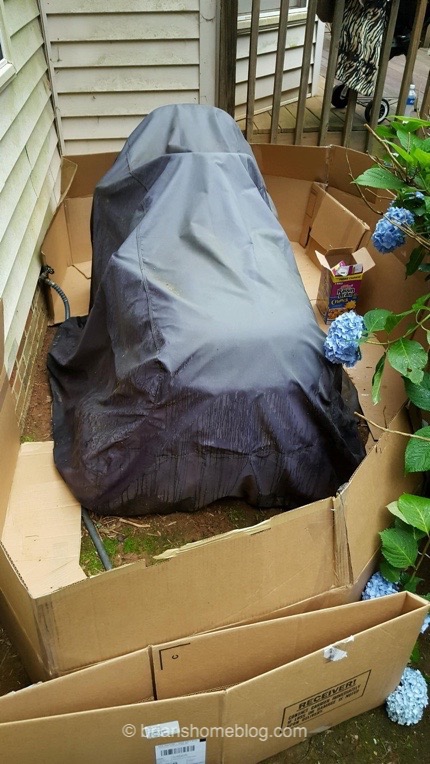 The wall was just high enough that the kittens couldn’t jump over it when the cover was removed from the mower.   With the wall in place, as soon as Ann arrived to help Julie the rescue operation began.  By the way, Ann was Sister Gracies foster Mom when we adopted Gracie.

It was time to remove the cover, slowly.  The kittens were hiding in the engine compartment.  Julie grabbed one up and Dad got it in a carrier.  Julie went for the second kitten, it ran under the mower and tried to get over the wall, but it couldn’t.  Ann got that one and Julie got it in a carrier.  Operation Mower Wall had concluded. 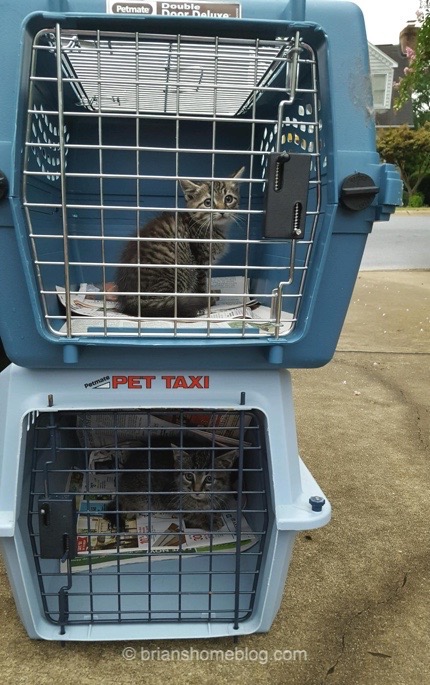 No, they weren’t overly happy but at least they settled down somewhat easily and will now have a chance for a better life.  Thanks to Julie and Ann for being purristant in getting the four to safety.

Oh, just when we thought the Kitten Chronicles had concluded, we heard another meow noise coming from the big bush by the riding mower.  Seriously, we did here it, and it was loud. 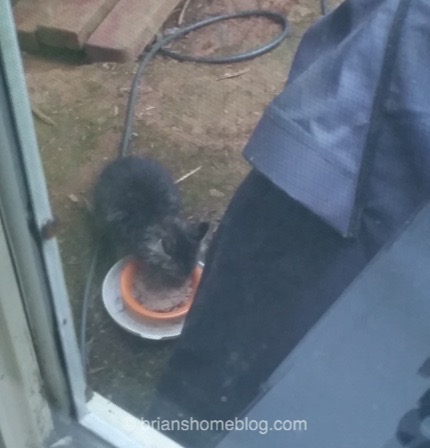 Dang, back to the drawing board.  The only problem is that I don’t have a drawing board.  This one is pretty scared and we don’t think it is from the same litter as the others.  Also, it doesn’t seem to like Zelda, at least not yet, so she can’t care for it.  It appears that the chronicles continue.

Julie is a very smart human! I’m glad those two kittens were caught – and so bummed to see the extra. That’s what happens when girlcats think they are too smart for TNR. 🙁

That is such great news. It is so great to hear about such great peeps that care enough to catch those kittens. Well done to everyone. Hope you can catch the last one eventually. You all have a great day and stay cool.

aaaah what a clever idea to build a fence around the mower…. your friend Julie is a super kitten catcher. All the good luck for the little guys in their foster home and we hope they will find such a fabulous like your Gracie once.

Building a wall around the mower was brilliant! Our human wishes she had thought of things that clever back in her kitten-catching days!

It looks like your garden is becoming Kitten Central!

Wow! You guys are amazing with all the cats you find and the work you do. The little ones are adorable and I’m sure starting out in a better life so young they will forget a lot of what they have already been through.

Such an ingenious idea…glad you got most of them, and good luck getting the last one.

Julie did a great job, I am sure she will find a way to catch the other one too.

Awesome you caught them indeed, Macgyver would be proud haha hopefully the last little guy can be caught too.

Great kitten catching! Purrhaps the technique will wind up getting that third little one too…….high hopes are better than no hope at all!

Wow! Stuff sure has been happening at your house. So smart of your pal to build that wall out of cardboard. And so great that the third kitten’s mews were heard. Paws crossed you can convince him or her to allow your peeps to help, soon. Purrs, Seville.

It is all happening around your Palace, Brian, I do hope you can get kitten #3 very soon, maybe you can get a one way flap in that cardboard wall? purrs ERin

We need a Julie around here. We could use some wise kitten wrangler.

that wall was a great idea. congrats on the kitten catching – and on getting the new one

Paws up to Julie for a great idea! We hope the other little one gets caught soon, too.

You guys are very talented kitten catchers! That cardboard wall was very creative. I’m glad that all of these kittens are going to be safe now. Hopefully you will get the rest of them too!

So glad for the two that didn’t get away. I hope Zelda tames the new one and you can trap her as well. They’ll thank you someday when they’re in a warm, cushy home with lots of cat toys and cat trees and FOOD.

Katie Kat and Katie Kitty Too

Two down… one more to goe… or more ? Brilliant catch on those two using the lawn mower cover for a hidey out. Glad someone heard the other kitty and gotted it some foods… now just to figure out hows to catch it. Purrz and Kitty Hugs fur all the goods work so far.

Brilliant solution!!!! I could never be as talented catching kittens!

Well, at least some of the chronicles had a happy ending, we will cross our paws for the next chapter to go as well.

What a smart idea ! We’re glad you caught them ! Paws up for the kitten catchers ! Purrs

Well we are glad 4 kittens were got, and we hope #5 will find it’s way to safety and a loving home soon.

That was a pretty cool solution with the cardboard fence. Good luck catching the last one.

Great job! Those two kitties are surely on their way to a much better life. I’m also sure they will turn into very lovable cats, forever thankful for their rescue.

Oh me cats and kittens Brian, are they not da cutest little things?. Glda ya’ll were able to ketch ’em and get them stowed away and on their way to happy furevers. Da new kitty looks just purrecious. Hope ya’ll can get it soon. Sendin’ lots of hugs and purrayers.

My thanks to ALL of you for this wonderful; act of mercy. Thank you from the heart.

Pooh and Her Pooch

Good job catching the kittens so they can get care and a better chance at life. That sweet little wee one, I hope you can come up with an idea that will work to catch it too. Bless all of you for what you do to help so many kittens and cats that would otherwise most likely not survived. Hugs

That was some pawesome thinking making that wall!! We hope you catch the other kitty 🙂

very clever work to catch the two little kittens, Brian! we are purring for the new little one. we are sure your dad, Julie, and Ann will find a way to catch it. purrs,

That was pretty smart of Julie. We’re glad you caught those two kittens. We know you will catch this last one too.

Oh gosh, hope you catch that final little kitten. Glad the others are all safe and sound.

the wall around the mower – brilliant!
And mes thinks that your yard is a kitten attractor!!!
Kisses
Nellie

That was some very creative kitten catching. Congrats on the capture! Hopefully the last meower can be caught.

Hurrah fur Lady Julie an Lady Ann an Mistur Terry!!! Yur a pawsum teem!! Those kittss are beeuteefull..
Wee are purrin an purrayin that hee we kitt can bee cott all so. Thee Wall of Jerryco mite have to go back up again wee finkss, mew mew mew….
***Hi-5’sss*** Siddhartha Henry an LadyMum